This pandemic and economic collapse, along with the recent wave of police brutality and massive voter suppression tactics have forced this nation into an unprecedented season of crisis. As Rev. Dr. William J. Barber II teaches us, our tenacity must now take the character of the abolitionists of old: “Every attack on our democracy and on the poor must intensify and embolden our agitation.”

This online program will bring together thousands of poor and low-income people, community and faith organizations, and more as we plan to educate and empower ourselves on voter engagement, registration, and voter protection ahead of this consequential election season.

The program will be anchored by two prominent legal organizations, the NAACP Legal Defense Fund and Forward Justice, which will lead a massive and unique teach-in on voter participation and protection. We will also hear from poor and low-income folks who have experienced voter suppression as well as notable leaders, artists, activists, and the co-chairs of the Poor People’s Campaign.

With just a small uptick in the number of poor and low-income voters who mobilize around a common agenda, the political calculus of this nation can fundamentally change for years to come. Our moment is now and we must seize the potential to impact policies and elections for future generations.

Rise with us by registering for the Voting is Power Unleashed: Moral Monday Mass Assembly and join the broadcast on September 14 at 7pm ET/4pm PT. You can view the program at www.poorpeoplescampaign.org and The Poor People’s Campaign: A National Call for Moral Revival Facebook page.

On September 14, we cry power to the nation!

On the 55th Anniversary of the Voting Rights Act, The Poor People’s Campaign: A National Call For Moral Revival and Black Civic Organizations Representing Millions Nationwide and Internationally Announce Covenant to Resurrect the Protections of the Voting Rights Act and Condemn Senate Majority Leader McConnell’s Seven Year Campaign to Obstruct Equal Access to the Ballot

On August 6, 2020, the 55th Anniversary of the passage of the Voting Rights Act of 1965, the Poor People’s Campaign: A National Call for Moral Revival announced an historic partnership joining arm in arm with The National Pan-Hellenic Council, the Black Women’s Agenda, Inc., The Links, Inc., the International Black Women’s Public Policy Institute, and the United Supreme Council of Scottish Rite of Freemasonry of the Southern Jurisdictions of United States to raise an unprecedented, united battle cry for immediate Congressional action to protect the fundamental right to vote. Representing millions of members nationwide and internationally, this historic alliance commits to bringing the full force of their collective power to  fight to immediately resurrect the full protections of the Voting Rights Act and condemn deliberate obstruction by the Senate and Majority Leader McConnell.

“Our work is not done in the battle for equality, justice and a voice in our democracy. Our work is as important today as at any time in our long history as organizations. Delay and lies by those in positions of power will no longer be tolerated. A new battle for the soul of our country is upon us. It is our duty and our right to demand action to restore the power of the Voting Rights Act and restore dignity to the ballot box in homage to not just the Honorable John Robert Lewis but the generations of our people who have died demanding recognition of our political voice and our right to determine the policies that govern our lives.”

“For more than seven years, Senate Majority Leader Mitch McConnell has led a disgraceful obstruction campaign to prevent reauthorization of the Voting Rights Act. While Majority Leader McConnell refused to act, across the nation, in the wake of the Supreme Court’s ruling in Shelby County, gutting the Voting Rights Acts protections, nationwide our communities have fended off unrelenting assaults on our right to access the ballot, including, discriminatory voter ID laws, racial gerrymandering, unlawful voter challenges, voter misinformation, and intimidation, mass polling place closures, voter purging, and voter suppression schemes dedicated to diminishing or denying the political power and vote of Black voters in this country. We declare, on this anniversary, that the seven year season of voter suppression ends today.”

“Without the resurrection of the full protections of the Voting Rights Act, we are living in an impoverished democracy that does not truly represent its inhabitants and that cannot represent the dreams and promise of America, said Rev. Alvin O’Neal Jackson, Executive Director of the Mass Poor People’s Assembly and Moral March on Washington.  “We will not stop our united battle until this Congress meets its obligation, morally and constitutionally, to renew Federal protections for the people suffering under the weight of its shameful policies of systemic racism, poverty, ecological devastation, and militarism. The Poor People’s Campaign understands this truth, that today we say to the world: these policies that are killing the people of America are enabled only by the coordinated reign of Federal obstruction and waves of brazen voter suppression aimed at keeping the obstructionists in power. The greatest promise of America is on the other side of this fight for the right to vote, and together, we will be there to see it realized.”

“In honor of the legacy of the freedom fighters who called this country to never again deny equal, unfettered access to the sacred right to vote, we will not be silent and we will not be silenced,” said Dr. Everett Ward, chair of the NPHC Council of Presidents and General President of Alpha Phi Alpha Fraternity Inc. “On this sacred day, we stand in covenant together with a single-minded purpose worthy of the battle and the generations of clouds of witnesses who have marched this path before us. The John Lewis Voting Rights Act must be renewed now. Not a single day should go by without the country demanding this single act be done in the spirit of furthering justice. Together, we will ensure that this will be our legacy.”

“Our history teaches us that silence is complicity, that the law of this land matters, and that it is time for a Third Reconstruction of America, explained Kimberly Jeffries Leonard Ph.D, National President for The Links, Inc. “We will not accept crumbs and empty accolades at the table of justice in the name of our people. There is an urgency in the headwinds we face together today that speaks to the core of who we are as a people – a resilient and prophetic people – a people who know when it is time to prepare for battle. That time is now!

“We together, are those people called for this time, and this fight — the fight to restore the Voting Rights Act is only the tip of the spear,” said Gwainevere Catchings Hess, President of The Black Women’s Agenda, Inc. “Deliberate inaction may be as evil and immoral as actions, and that is the case here, as we have lived for more than seven years in this nation without the full protections of the Voting Rights Act. This reauthorization must be done, and it will be done. Our greatest mistake will be demanding too little in this time. The greatest mistake of the people currently in power will be to underestimate the will, ingenuity and determination of this generations’ commitment to full Black political power and to the freedom and sovereignty guaranteed by our ancestors, by our Constitution, and by our Creator.”

The Poor People’s Campaign: A National Call for Moral Revival, is building a broad and deep moral fusion movement rooted in the leadership of poor people to unite our country from the bottom up. We demand that both major political parties address the interlocking injustices of systemic racism, poverty, ecological devastation, militarism and the distorted moral narrative of religious nationalism. Our updated agenda, A Moral Policy Agenda to Heal America: the Poor People’s Jubilee Platform, addresses these issues.

The Links, Inc. is an international, not-for-profit corporation, established in 1946. The membership consists of more than 16,000 professional women of color in 288 chapters located in 41 states, the District of Columbia, the Commonwealth of the Bahamas, and the United Kingdom. It is one of the nation’s oldest and largest volunteer service organizations of extraordinary women who are committed to enriching, sustaining and ensuring the culture and economic survival of African Americans and other persons of African ancestry.

International Black Women’s Public Policy Institute (IBWPPI) is a 501c3 nonprofit organization led by a collective of inter-generational women leaders representing the interests of women in countries throughout the African diaspora. Currently, there are 22 women who make up the collective, representing the Bahamas, Belize, Bermuda, Cuba, Ghana, Haiti and the United States. Each year we seek to expand the representation, by convening a gathering of women in a different country during the month of March.

The Black Women’s Agenda, Inc. A disproportionate number of black women are represented within statistics related to poverty, and lack access to economic and educational opportunity. The Black Women’s Agenda, Inc. (BWA) is devoted to advancing, securing, and protecting the rights of these women. Constantly, the women of BWA strive to acquire greater understanding and cooperation about issues that affect all women and their families, while searching for new knowledge and new conceptualizations about said problems. Through the establishment of social priorities (an agenda), BWA facilitates discussions that lead to effective policies and meaningful change. Their continuous vigilance on issues affecting Black women worldwide empower women to step up and mitigate the gender gaps that affect women in our society.

United Supreme Council of Scottish Rite of Freemasonry of the Southern Jurisdictions- United States’s history and background is provided in full detail available at: https://www.aasrphasj.org/index.php/uschome/.

In love, light and liberation, 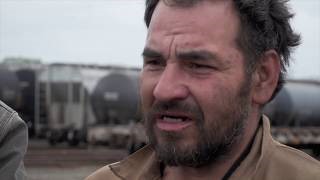